txtNation Board and Management Team

After co-founding txtNation in 2002, Whelan led its strategy, sales and client services. Whelan was previously with Lightspeed Interactive, Atlanta, Ga, a leading e-commerce and consulting firm, where he worked on front end user logistics, UX and various sales projects. As well as pioneering txtNation's unique approach to simplifying SMS messaging and mobile billing solutions, Michael has been at the forefront of our sales, marketing and product development successes.

Having driven the concept creation and delivery of hundreds of mobile and e-commerce projects, Whelan is starting to be recognised as one of the most experienced innovators and marketers in this space. Today, Michael has executive responsibility for overseeing sales and marketing, working on strategic partnerships with providers and liaising with top-flight clients. He is a member of txtNation's management team. 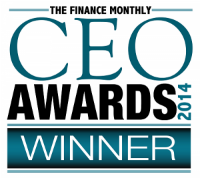 Michael was named as a winner of the Finance Monthly CEO Award, which celebrates the success, innovation and vision of CEOs across a number of different sectors across the world.

Jon co-founded txtNation in 2002. Jon has been at the forefront of our support, business development, mobile billing partners and supplier relations.

Today, Jon has executive responsibility for network, provider and partner relations, our client and end-user support division, and overviews the company's compliance obligation. He is a member of txtNation's management team.

Michael joined txtNation as CFO in 2014 and has executive responsibility for managing our accounts and budgets, costing projects, liaising with key partners and suppliers and ensuring the financial growth and profitability of the company.

He previously worked as the Finance Director of LineOne before selling the business to Tiscali in 2001, he became their UK Group CFO, until the business was sold to the TalkTalk Group in 2009. During the 8 years that he was with the business he oversaw a period of significant growth and market change; as Tiscali grew from being an unknown UK brand to become one of the largest and most successful ISPs in the country.

Ashley has been COO at txtNation since 2006, with executive responsibility for corporate and legal communications, product commissioning and development, and personnel.

Ashley has overview on day-to-day operations, guiding general strategy, trouble-shooting and working on improvements to our solutions.

Most recently, Ashley has spearheaded our platform improvement initiative, focusing on high availability, scalability and throughput in our core platform. He is a member of txtNation's management team.

Ana is txtNation's Head of Account Management and is responsible for overseeing day to day many of txtNation's top mobile billing and enterprise clients.

Ana heads up managing internal and remote members of the business development team; Providing the team with direction to ensure strategic goals are met.

Prior to txtNation, Ana's background has been primarily focussed around business development.

Andy has been with txtNation since 2008 and every day brings unique ideas, an innovative approach and systems logic to his role as Head of Platform.

Andrew primarily works on expanding our direct market presence across the Middle East with focus on our new operator connections and key client account management. Andrew brings to txtNation over 15 years experience in telecoms and vast experience in mobile billing, across premium rate and direct billing. Based out of Dubai, Saudi Arabia, Andrew has been responsible for negotiations with some Internet majors such as Google, Facebook and Opera. More recently he was responsible for the negotiation and program management of direct operator billing integrations with Blackberry, Google, Samsung, Nokia and Microsoft.

Matt was CEO of 24GMedia, a mobile billing company with inter-connects to UK and South African operators, that txtNation acquired in mid 2013, and now heads up our African markets. Based out of Durban, South Africa, Matt is responsible for managing day to day operations of our business in this region as well as being an account manager for key accounts and network relations. Matt has been involved in the cross-network mobile payment aggregation business for over 10 years.

Michael is txtNation's New Business Development Officer for iGaming. Having spent several years working within Blue Chip companies in the UK, covering sales, training and managerial positions, Michael spent the few years prior to joining us focusing on business development across multiple sectors. This eventually led him to form his own company, SMART Consultancy Limited, based in Gibraltar, which focused on developing business within the mobile, social, and iGaming sectors. As an expert in the gaming and gambling industries, Michael focuses on that area, in our Business Development team.
Aha Chang, Head of Business Development; China

Focussing mainly on the VAS market in China, Aha is based in Beijing. He works with new clients as well as txtNation’s already strong client-base in Asia. Coming from AlaeVision, he brings a wealth of experience to the business, as well as local and industry knowledge.
Hans Tjolle, Territory Manager; Benelux

Hans has over 20 years experience in technology consulting, project envisioning, planning development, client and bid management. He holds a Bachelor degree in Computer Sciences and speaks Dutch, French and English alongside his excellent interpersonal and communication skills. With a proven track record of delivering business value, based in Bruges, Belgium, Hans is responsible for managing clients and lead generation activities in this region.
James Riley, Head Analyst

James joined txtNation in 2007 and was recruited as an Accounts Analyst. Over the years James' role has become more focused and now working as Business Analyst he is responsible for rates, commercials and market analysis.

View many more of our worldwide team on LinkedIn.